My piece yesterday got me thinking a bit. Seeing the high-impact finishes of Jake Arrieta and Jacob deGrom of 16th and 37th among starters despite not even qualifying for the ERA title (162+ IP) had me marinating on Masahiro Tanaka. Are we being too cautious with him because of the partially torn UCL? On Tuesday’s episode of The Sleeper & The Bust, Eno mentioned hearing “a talent evaluator” (which is the latest version of “they say” or “sources say”) suggest that upwards of 40 percent of pitchers are working with a partially torn UCL.

Now, as Eno said in the midst of that discussion “what is ‘partially’?” In other words, not all partially torn UCLs are created equally. But just because we know about Tanaka’s doesn’t automatically make it worse. I don’t know that Tanaka’s situation automatically makes him a markedly bigger risk that everyone else in the top 30 starting pitchers. I think a large portion of the concern was born in his final start of the season when the Red Sox ripped him for seven runs (five earned) in just one and two-thirds innings.

That start has greatly influenced the perception of what Tanaka is in this current state, but it conveniently ignores the fact that he went 5.3 IP/1 ER with four strikeouts and zero walks just five days before against Toronto. We are working with a remarkably small sample in the Grapefruit League, but he has looked quite good in his 5.7 innings over two starts. His command low in the zone hasn’t been what it was in 2014 yet from what I’ve seen, but he’s missing low so it’s not a problem (if he’s missing up on those, that’s the danger zone). 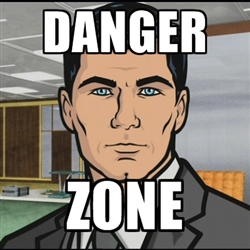 Tanaka finished 27th on ESPN’s Player Rater in just 136.3 innings. There aren’t many who believe that he will make it that far in 2015, but what if he does? What if he makes it through the entire season? I understand why so many are worried that he won’t. If I had to bet, I would also bet against it. However, this is a situation where the depth of starting pitching encourages a risk play like Tanaka. All you hear about is how much starting pitching there is in the market, but many are using it as a means to wait on starters after getting one or altogether instead of letting it mitigate some of the risk associated with some of these volatile arms.

Tanaka is already coming at a sharp discount over what he would cost without the elbow risk hanging overhead. Honestly, he probably would be the second American League pitcher behind Felix Hernandez if not for the injury. Even if he only had the 136.3 innings from last year, but it was due to something that he was now out of the woods from, he might’ve started a little lower in AL ranks this winter, but by the time Chris Sale breaks his foot and Yu Darvish goes down with Tommy John, Tanaka would’ve assumed the #2 spot without his spaghetti elbow (shut up, I don’t know what it means, either).

This is not what I’m talking about.

So with plenty of risk baked into his cost, you can dial down the risk even more by knowing you can recover even if he goes kaput early on. Now, this is particularly tailored to mixed leagues ranging from 10- to 15-teams because the pool will still have useful talent readily available at almost any point in the season. This doesn’t mean that you will replace Tanaka with someone of his caliber, that isn’t what depth means in the fantasy game. It means the replacement you slot in will be adequate. He will make the loss of Tanaka less painful than losing someone of that caliber would’ve been five years ago.

Last year there were 66 qualified arms with a sub-4.00 ERA. In 2010, there were only 57. If we drop the innings threshold to 120, it nets 87 from last year and 64 from 2010. I realize a sub-4.00 ERA isn’t what it used to be, so looking at sub-3.50 ERA guys with that 120+ IP qualifier shows 53 from last year, up from 35 in 2010. You get the point, there are more useful arms in the league these days. Obviously the rising tide lifts all boats, but even considering that, there is still more pitching available than five years ago as we’re very clearly in a pitcher-heavy era.

Do you really need to pass over Tanaka (93 ADP) to take Charlie Blackmon (91), Kole Calhoun (94), or Alexei Ramirez (95) while also settling for an inferior arm later on? A.J. Pollock (179) could be this year’s Blackmon almost 90 picks later. Calhoun is a bit over-praised as even his paced out 2014 of 22 HR and 75 RBI can be emulated or even beaten later on in the form of Brandon Moss (160) or you can wait even later and get Marlon Byrd (227) if you believe in his last two seasons which have yielded a 24 HR/86 RBI average. Ramirez isn’t bad, but he’s overrated at shortstop given what’s available later including: Starlin Castro, Ben Zobrist, Jimmy Rollins, Xander Bogaerts, Jean Segura, and Erick Aybar among others.

Meanwhile, who is matching Tanaka’s upside several rounds later? Michael Pineda (168) would need the strikeouts to return and he might be an ever bigger injury threat than Tanaka. Collin McHugh (180) bested Tanaka’s ratios and was damn close on the skills so I think we have to legitimately say he has that upside since he showed it, but how many of us are willing to bet on the repeat from 28-year old? Someone like Francisco Liriano (189) has the strikeout and ERA upside of a Tanaka, but he’d never trim the walk rate to a level that would facilitate elite-level WHIP potential.

I can’t go over everyone going 50+ picks after Tanaka, but you get the point. And it’s two-fold: 1) the hitting available when Tanaka is going isn’t that special and 2) the pitching you’d get a couple rounds later just doesn’t have the same upside as Tanaka. This exercise assumes passing on pitching altogether when Tanaka’s ADP area comes up, but what about the guys going around him? Well they aren’t exactly running risk-free yet they aren’t being treated anywhere near the same as Tanaka when it comes to risk-assessment.

Hisashi Iwakuma (90) is newish to us watching MLB, but he’s 34 years old and had major shoulder issues in the past. Tyson Ross (92) took until 27 years old to break out because of injuries and throwing his slider at a 41% clip leaves the specter of injury hanging over him almost making him the same kind of time bomb that most see Tanaka as right now. Carlos Carrasco (102) is no stranger to injury himself and is riding a light track record (134 IP last year) to his top 30 SP draft position.

Although, I’d actually use the same logic I’m suggesting for Tanaka as a reason to draft Carrasco at his elevated price. He does have the upside of Tanaka and while the track record is essentially built on a 10-start run to close the season, it was still absolutely ridiculous and was born from real changes in his approach. He might fall back into some of his old habits and not pan out as hoped, but the depth of pitching will help you survive that potential downside.

I’m not suggesting you sharply jump the ADPs of Tanaka and Carrasco to roster them because then you add risk back in, but on skill alone they should be tracking among the elites (top-20 SP which top-80 for overall ADP) so a lot of their risk is built into their pricing, even if you bump it up a little bit from their current ADP. Those most against Tanaka and Carrasco at their draft slots aren’t necessarily wrong for passing since this is mostly about risk tolerance, but I think they are essentially double-counting the risk by ignoring the fact that these two guys would be much higher on a raw skills analysis only.

Additionally, we don’t really know how much we should be worried about Tanaka and that lack of knowing ratchets up the worry. When in doubt, err on the side of caution, I get it. But sometimes being too cautious results in a fourth-place finish. Sure you got your money back and had a solid showing overall, but it’s all about titles. We play this game to win, not to just have a nice showing. Plus, the simple fact is that even if Tanaka bursts on Tax Day that alone will not ruin your season.

No one pick will have that large of an impact. If you balance Tanaka with a high floor guy like James Shields or Gio Gonzalez, that will further cut into your overall risk tied to taking the Yankee righty. Don’t be so afraid. Again, this doesn’t mean you load up your roster with Troy Tulowitzki, George Springer, Carlos Gonzalez, Victor Martinez, and Devin Mesoraco ahead of Tanaka, but there is likely going to come a point where he is the most talented arm on the board and you should be ready to pull the trigger if you’re looking for pitching and don’t have a risk-laden roster ahead of him.

He doesn’t need to come close to finishing the season to deliver substantial surplus value on his draft slot. And of course there’s always this fun question: what if he does make it through to September?

I did a really early NFBC league in January and wound up with Cliffly for $12 and Tanaka for $10. I went heavy on the risk. I guess it means I effectively got Tanaka for $22, which isn’t going to tank me. His arm seems capable at this point, so if he stays on the field he could easily bring more than $22 value.