If you’ve been reading my Texas Red Bulls OOTP series, then you’re familiar with the Perfect Team mode. Every Thursday they release new content cards available in their packs and this week they let me curate the set! Kris Jardine is the content manager for Perfect Team so I sent him an insanely extensive list of players I’d be interested in and he pared it down to these 12.

Here are the 12 players and some insight into why I chose them:

Jose Ramirez 2016 – His breakout has been really fun to follow, and this season was the taste of it with a .312/.363/.462 line, 11 HR, 22 SB, and infield/outfield eligibility having played 3B and LF. This generated a really solid silver card that will be popular in tournaments and be a staple for teams in Rookie and Stone leagues. Strong contact, gap power, and ability to avoid strikeouts should play very well. 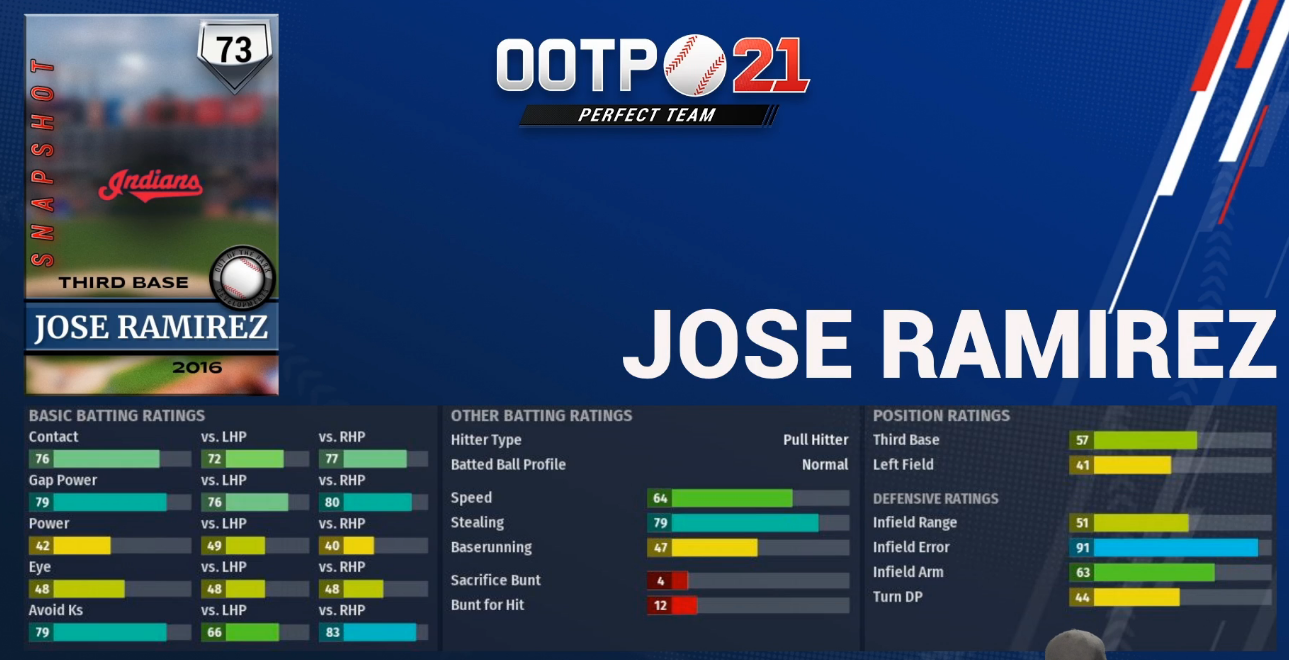 Nathan Eovaldi 2018 – I’ve been a huge fan since his prospect days with the Dodgers and it was nice to see him finally breakthrough in a real way in 2018. Unfortunately, another injury in 2019 derailed his progress. This silver card is a bit homer prone, but he has excellent control (86 rating) and will work well in lower tier tournaments. 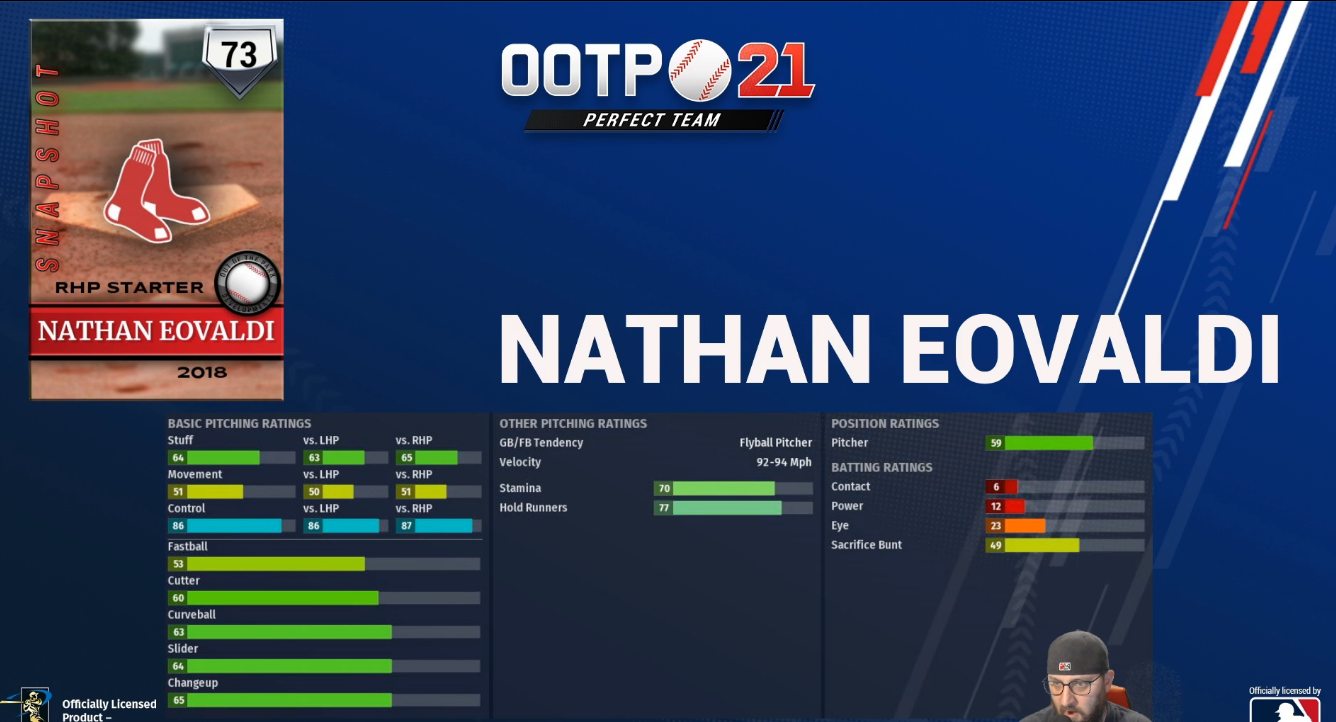 Lance Johnson 1993 – This might actually be my favorite card of the set. My first ever league was a 10-team AL Only and I had One Dog on my team. Unfortunately, WGN showed way more Cubs games than White Sox ones but I really looked forward to watching Johnson in those Sox games. He was a triples stud and could chase down anything in center. This will almost certainly become a tournament superstar. 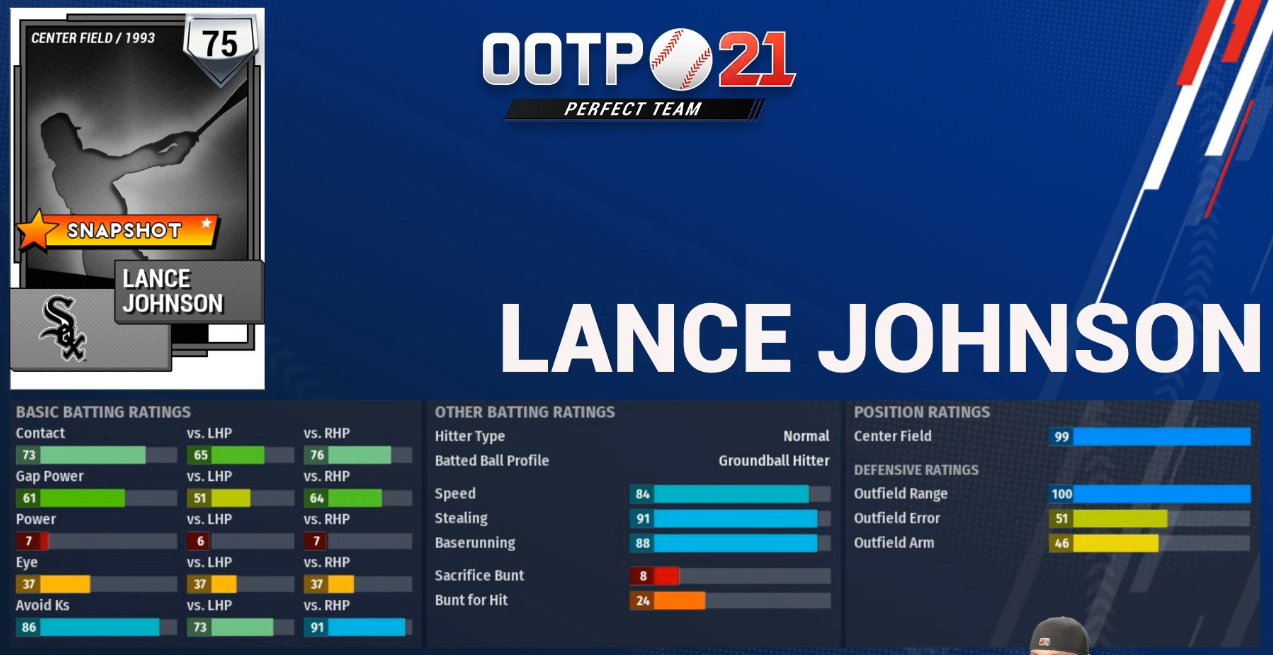 Bo Jackson 1990 – The man, the myth, the legend. His powder blue KC Royals jersey is the prize of my collection. I would love to see a timeline where he commits to baseball fully. This is definitely a fun card, but I do think they did him a bit dirty on the arm and speed… at least the arm for sure. 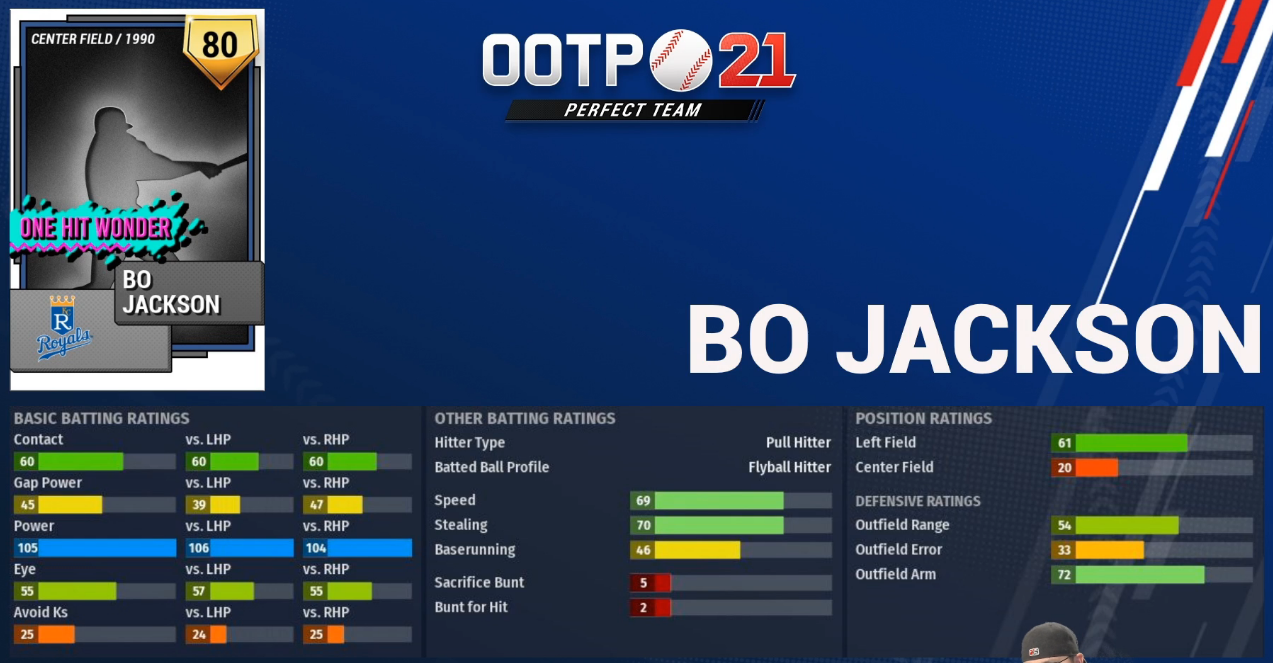 Aramis Ramirez 2004 – He was a favorite fantasy baseball target of mine through his peak including that first full year with the Cubs when he hit .318/.373/.578 with 36 HR in 145 games. This is a nicely balanced card that has incredible power versus lefties and holds his own against righties. He might need to be pinch run for in key late-game situations. 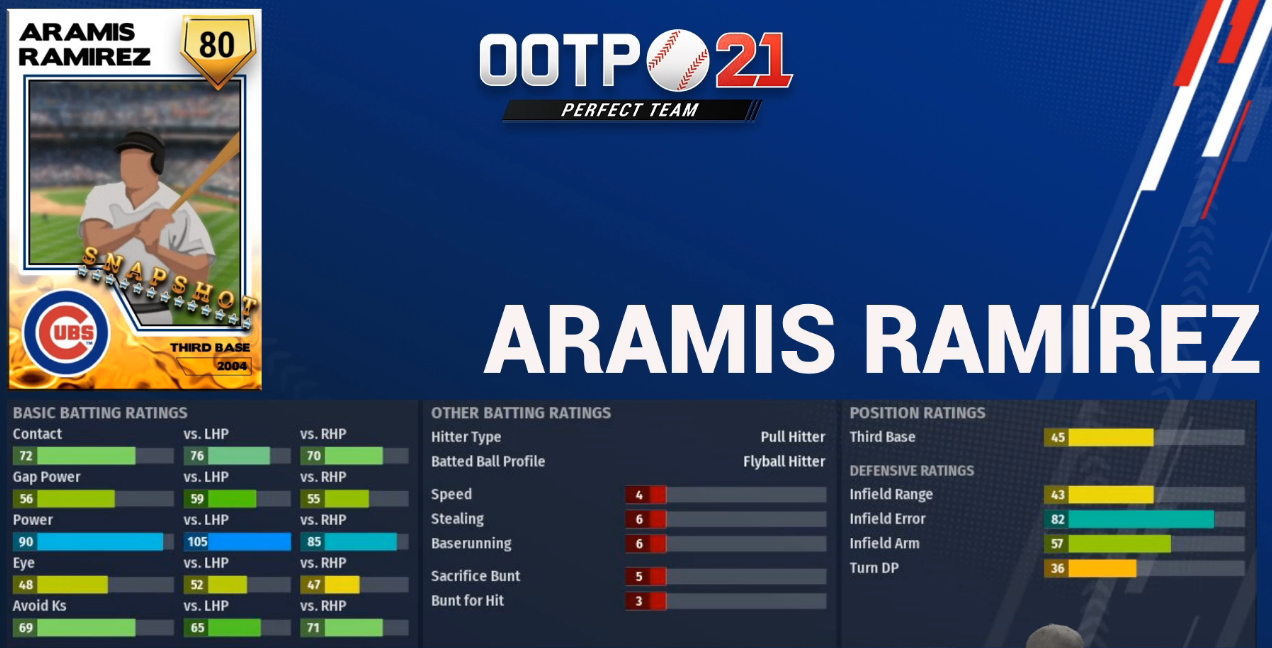 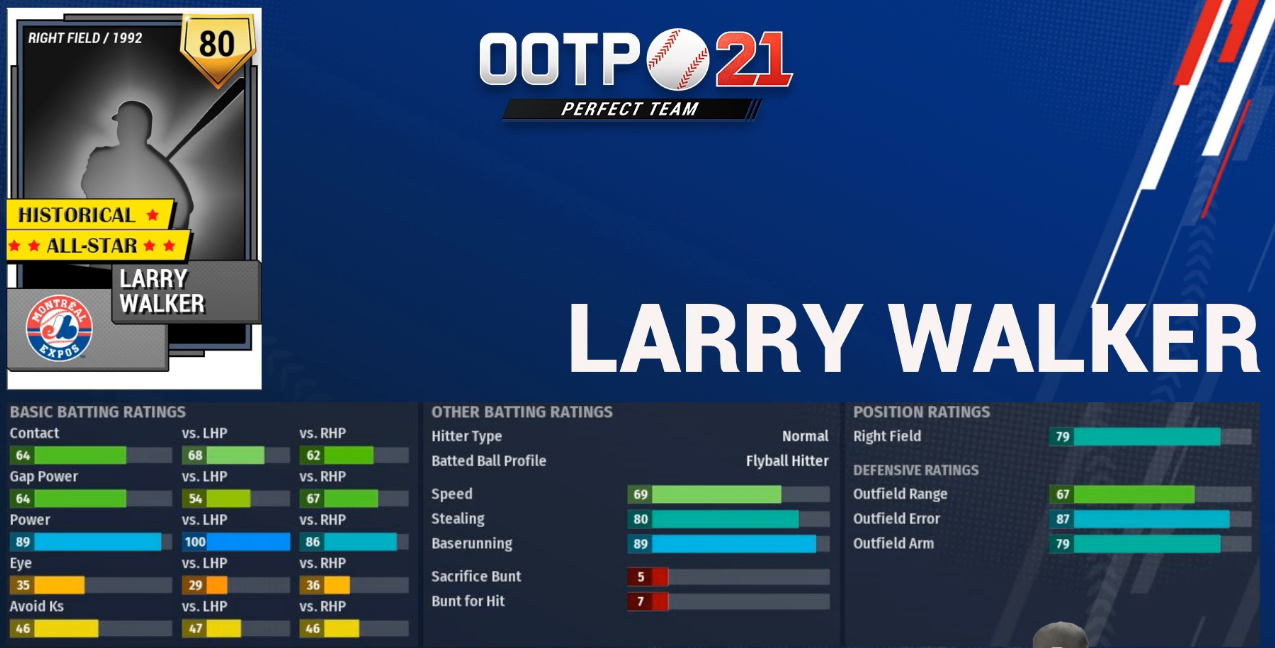 Kelvim Escobar 2006 – Escobar was just one of those non-superstar favorites you develop when you follow a sport long enough. Health held him back a bit from his true upside, but he still had several good seasons, including 2006. This is a really sharp card with a 5-pitch mix, but if anyone gets on base, it seems they have a free base if they want it with his 3 Hold Runner rating. 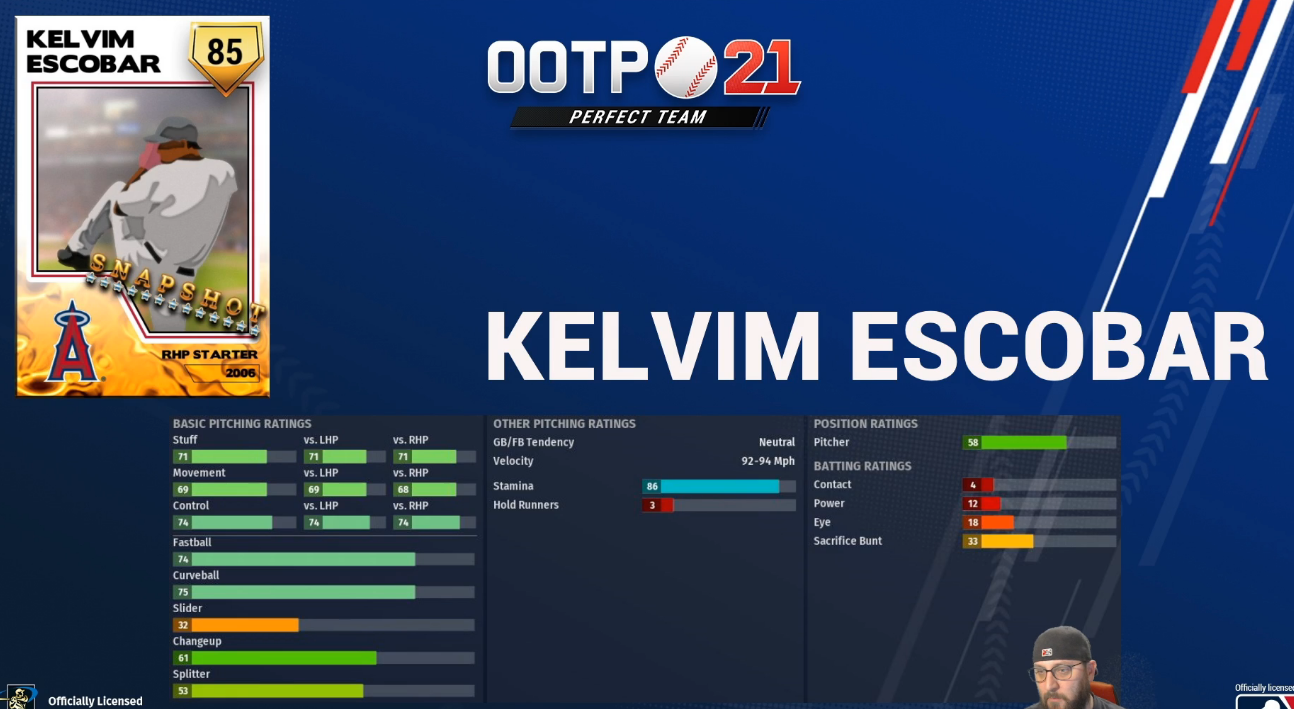 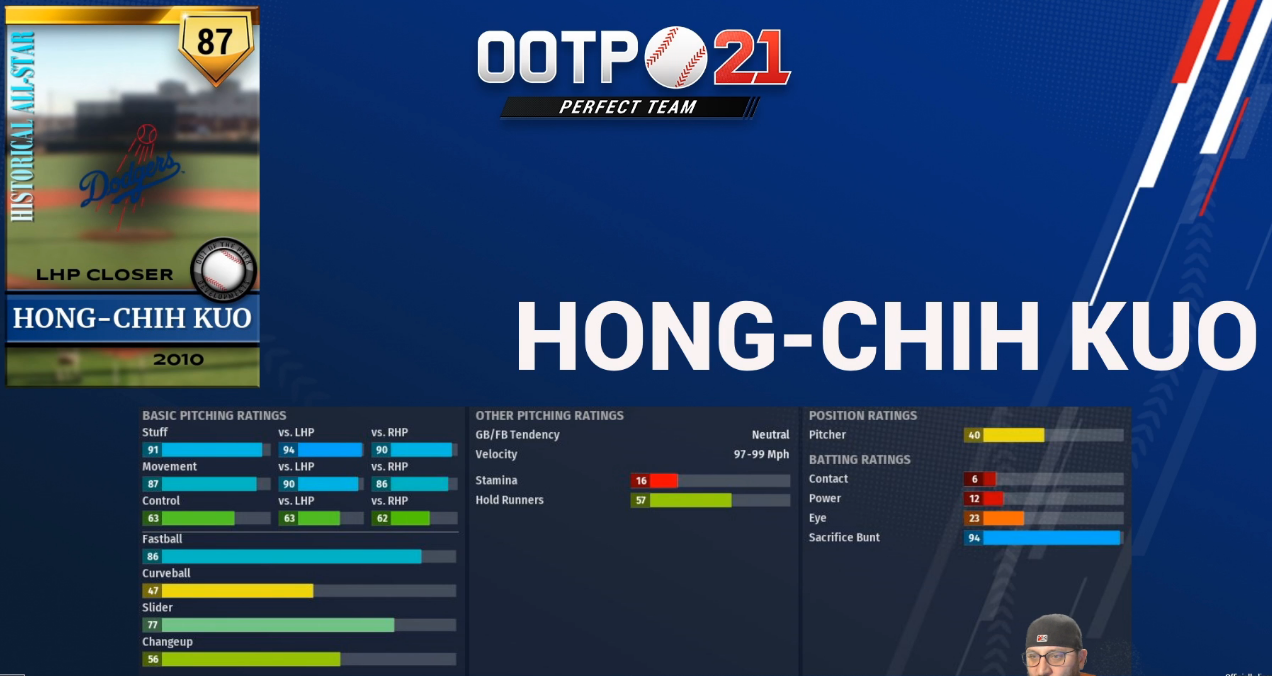 Takashi Saito 2008 – I didn’t know I’d get two Dodgers middle relievers in the set, but they make a great righty-lefty combo. His career is so interesting. He came over at age-36 in 2006 and put up six great seasons (and a 12-inning seventh that ended his career at age-42) that totaled 338 innings of a 2.34 ERA and 1.06 WHIP. His control is a bit better than Kuo’s, but otherwise they’re similar. 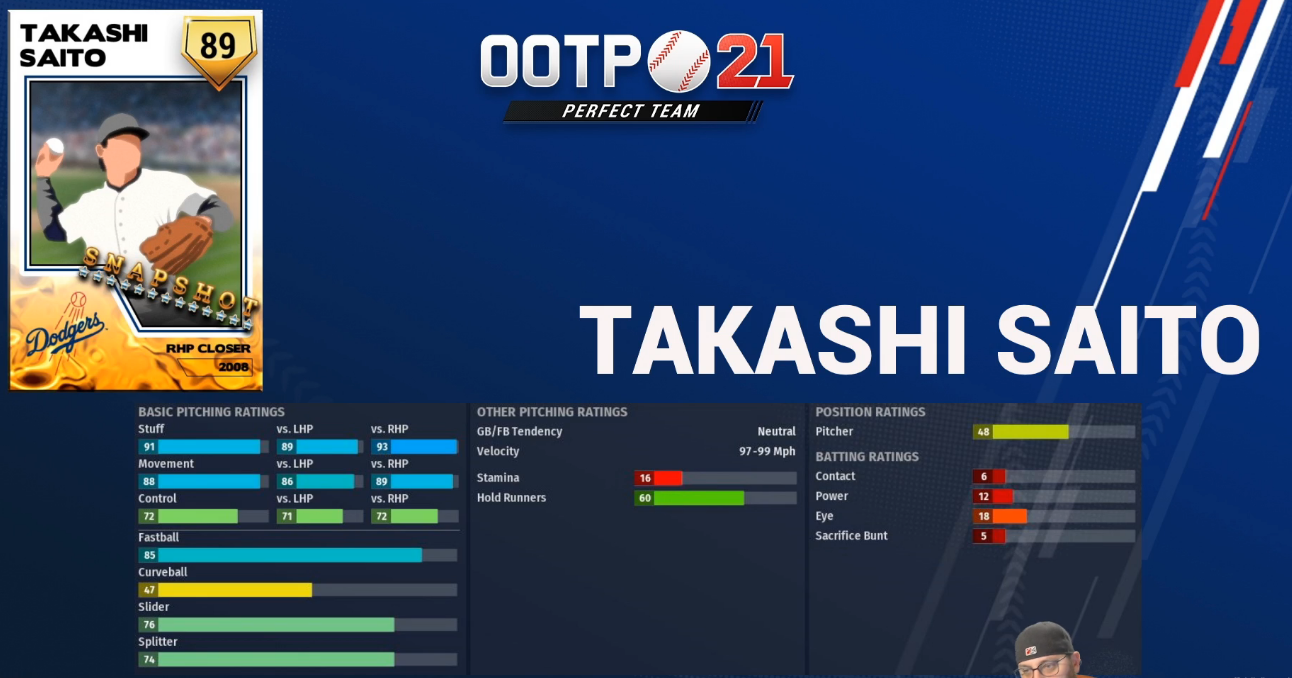 Albert Belle PEAK – He wasn’t a great guy, but he his vilification in the media has left his great career overlooked. His 50 2B/50 HR season is insane and overlooked. The craziest part is that it was a strike-shortened 1995 so he did it in only 143 games. The only thing missing from this card is a 150 Trucking Rating. 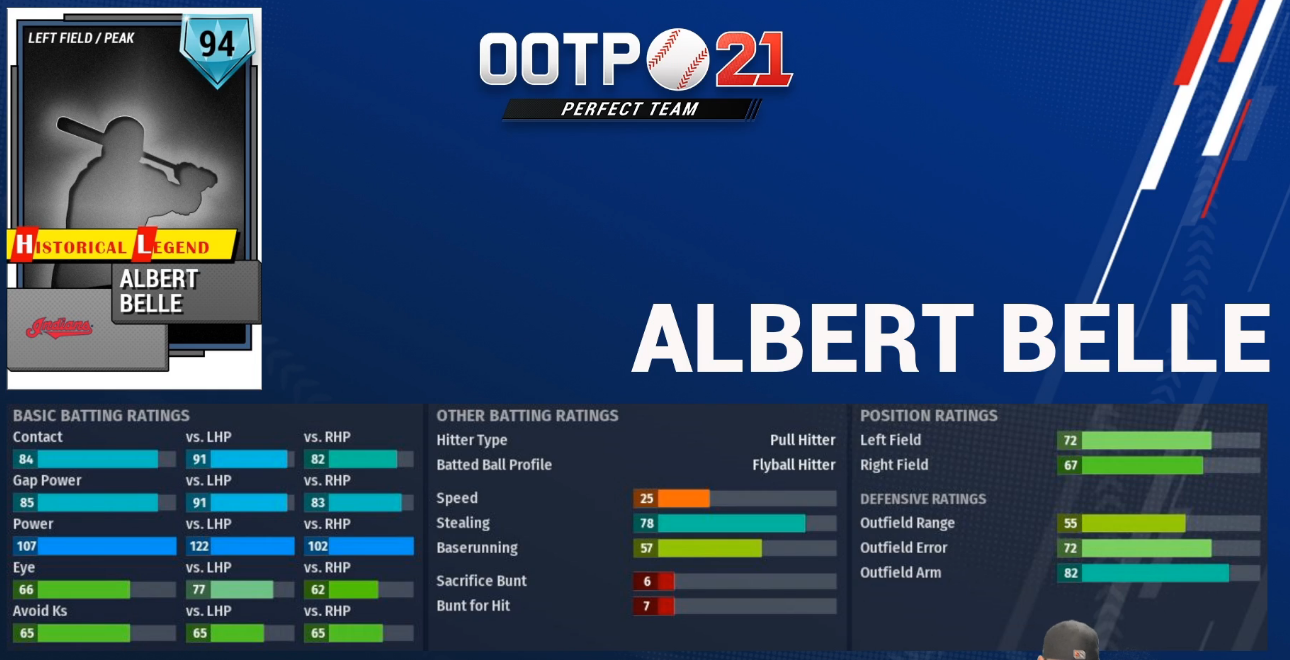 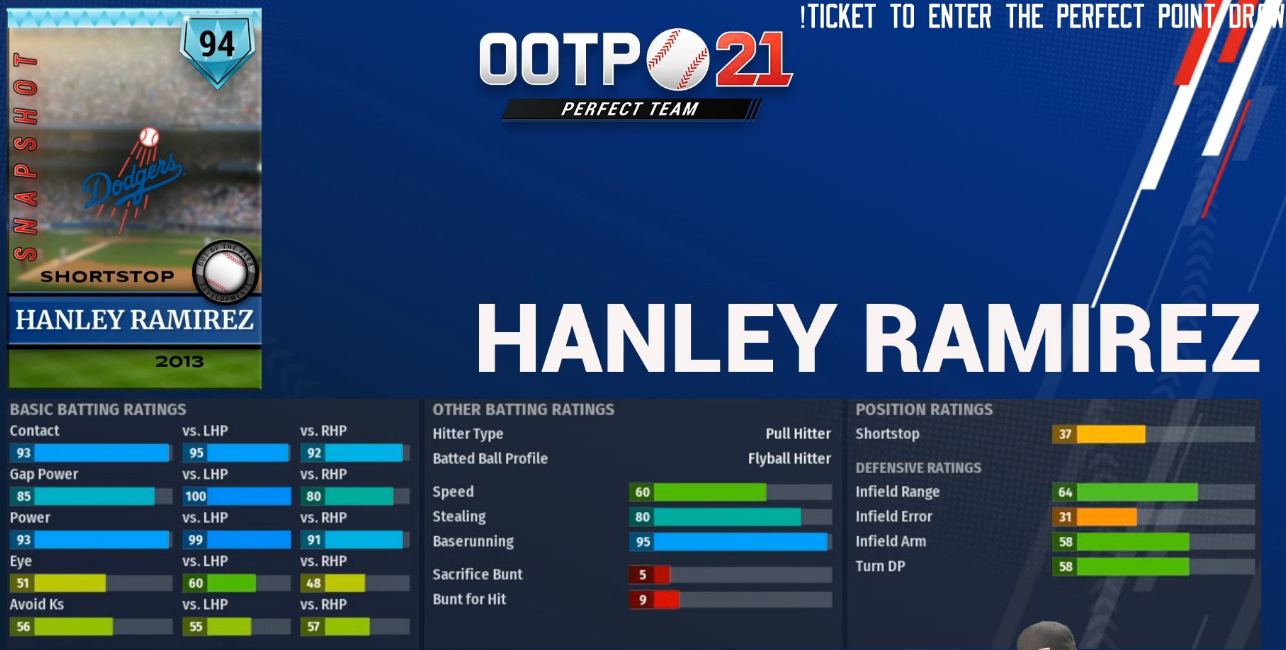 Justin Verlander PEAK – He’s my favorite pitcher ever. I love that this is the top card in my set! 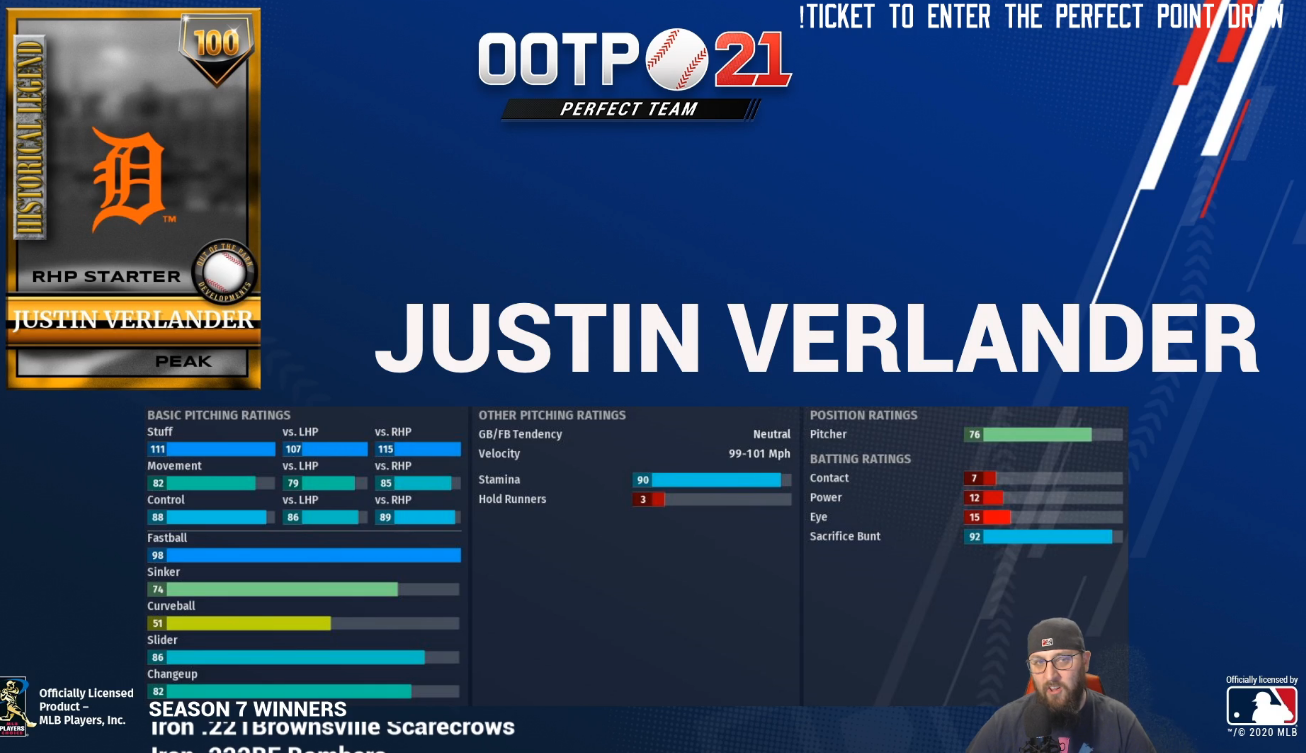