A few thoughts on the pitchers from the weekend’s games:

The Weekend’s Starters
Sorted by ERA

Business As Usual: Nothing actionable

Notable Gems: The standouts who merit some extra attention 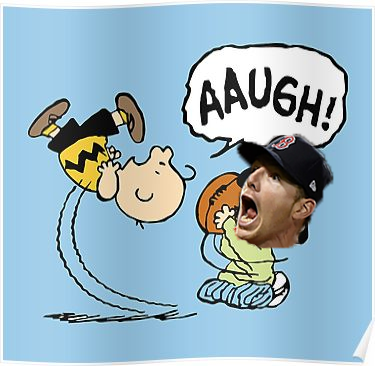 Decent Enough: Mostly biz as usual but with some commentary

Duds: The worst of the day

Shoutout to ESPN’s Fantasy Focus podcast for coming up with the “combo meal” term when guys get a HR and SB in the same game. Here are the weekend (Fri-Sun) combo meals:

Guys getting in the lineup more often lately.

Here is What To Watch Today for Monday, May 16th:

Hi Paul, great article as usual! I really dig the format. Not sure if this is the right medium to ask for your advice but I have a quick question about ERod and Juan Yepez. I’m in a 12 team H2H 10×9 keeper league (40 man rosters—32 MLB and 8 MiLB). No $ or contracts. Hitting categories are: R H HR RBI SB BB K TB AVG OPS and pitching categories are: IP W QS SV+HLD HR K/9 K/BB ERA WHIP. I received an offer where I trade away Juan Yepez and a 3rd round pick in next year’s FYPD draft for Eduardo Rodriguez and a 5th round pick in next year’s FYPD draft (annual 12-round draft). I want to improve my team’s pitching (currently I have Buehler, F. Peralta, Sandoval, Skubal, J. Ryan, Mikolas, Lorenzen, Mize). However, I don’t want to trade away a potentially good young hitting prospect in Yepez. I know Yepez’s playing time is unknown (although he’s played every game since he’s been called up). My current 1B/CI situation is Tellez, N. Lowe, Naylor and Yepez. Is this a no-brainer deal? As in, should I accept ERod and run, or should I hold Yepez and hope for the best? I’m torn here because while I have zero reason to trade away Yepez (hoping he can keep this level of production up albeit with a more normal BABIP), I’m tempted to acquire ERod (even though he’s been subpar so far). However, the old dynasty adage is to take the bat over the arm. Interested in your thoughts. Which side would you want in a keep forever league? Thanks

I’m not Paul, but not a fan of ERod — and his underlying metrics seem worse than usual for him even though his ERA and WHIP look decent and playable (for now), but nothing exceptional, especially in the current low offense environment, although he did face some tough opponents.

Unless you’re definitely short on (supporting) SPs or are good/happy w/ playing matchups *and* is actually contending now — and it’s not clear if you are w/ any of those (though you haven’t mentioned any studs on your team, except Buehler and maybe Peralta) — I don’t see that much value in acquiring ERod at this point… plus there’s the keeper aspect you mentioned *and* seems like Yepez could be a 8-to-9-cat contributor while ERod’s probably only 7-cat even if/when his K rate improves back to his norm, which is not a given.

Thanks for the reply! I’m a borderline playoff team (offensive studs are Acuna and Tatis but not much else). Thanks for the insight and advice. Very much appreciated!

Since you’re just borderline contender, maybe look for some other trade instead. It’s still early, and you’re in H2H w/ Acuna and Tatis (and whomever else) potentially raking for you when it matters most (for H2H).

Also, your H2H presumably uses weekly matchups (that probably lines up well w/ real life series) even if not using weekly lineup changes. And you do already have Skubal and Mize from the Detroit staff, so might not be so helpful to add ERod even to load up for the rare-ish favorable series that Detroit faces — and if they face tough series, you might be on the downside for most/all of those 3 SPs…

You didn’t mention your bullpen being any good, and this league uses K/9 and K/BB instead of just plain K total (although Sv+Hold is combined). Maybe you might wanna improve your bullpen instead of dealing for someone like ERod. If you can (still) get someone like Ryan Helsley and/or Jhoan Duran cheaply, that could potentially be a real boon for you — like any good RPs, they won’t do anything for your QS and almost nothing for IPs, but they can help w/ all the other cats to varying degrees (and maybe still cost less than that ERod asking price)…